In this Aug. 28, 2019, file photo, Assemblywoman Lorena Gonzalez, D-San Diego, speaks at rally calling for passage of her measure to limit when companies can label workers as independent contractors at the Capitol in Sacramento, Calif. Gov Gavin Newsom signed the bill, AB5, aimed at giving wage and benefit protections to ride share drivers and workers in other industries on Wednesday, Sept. 18, 2019. (Rich Pedroncelli/AP)

Related Topics:
Up Next

The Gig Economy Is Facing A Crackdown – ShareCafe

With the gig economy continuing to grow but the COVID-19 pandemic cutting into wages, gig workers looking for work might want to pay Whole Foods a visit. Amazon is now recruiting contract workers to both shop for and deliver groceries for Whole Foods Market customers who order their groceries online.

According to a Bloomberg report, drivers can easily sign up for the Shop and Deliver program by simply reviewing an online tutorial about how Whole Foods products are picked, packed, and handled, as well as scoring a passing grade on a quiz.

Until now, Whole Foods relied on its own employees to assemble online orders, but the program model is akin to Amazon Flex, an initiative the company rolled out several years ago that relies on independent contractors to deliver packages.

“By entrusting gig workers to put orders together for Whole Foods customers, Amazon is potentially increasing the risk that items could be damaged, spoiled or delivered late that is inherent in grocery e-commerce,” GroceryDive’s Sam Silverstein wrote.

Another question raised was that while delivery service is an easy thing to learn, in-store tasks like picking aren’t.

“Delivery from A to B is a beautiful on-demand task because it’s very straightforward, very repeatable and you don’t need a lot of training, [but] tasks in stores are often much more complicated,” Jordan Berke, a former Walmart executive and e-commerce expert who runs Tomorrow Retail Consulting, told GroceryDive.

“A person that comes to your store once a day or once every two days to pick two orders is always learning, while a person that picks 50 orders five days a week” has a better opportunity to become familiar with the lay of the land inside a grocery store, and is more likely to know where items are located and how they should be handled.

Online grocery shopping is growing in leaps and bounds. The segment is expected to grow from about $38 million in 2018 to nearly $60 billion by 2023. Amazon and Walmart are in a pretty secure place for the moment — and keep upping the ante — but more and more companies are trying to elbow their way in like Uber and DoorDash. The upside for consumers is that companies are constantly trying to find ways to keep prices as low as possible.

“They’re always going to look for ways to keep their cost of service as low as possible, and always look for ways to be super responsive in fulfilling customer demand,” Tom Furphy, former Amazon vice president of consumables and Amazon Fresh, told GroceryDive.

“Those are three constants that will always exist as long as Amazon’s around, and they will absolutely look to deliver on that in the grocery environment.

Iberdrola and GIG in 3.3GW offshore wind push in Japan

Prior to the acquisition, Acacia was Macquarie Capital’s Japanese renewable energy platform, according to its website.

Spanish energy giant Iberdrola and the GIG aim to enter the first 1.2GW batch of wind farms – located off the south-west coast of Japan – in upcoming auctions announced by the Japanese government.

These first two projects could be commissioned by 2028, Iberdrola claimed.

The company said it has set its sights on Japan as a “new growth platform” in renewables, and offshore wind in particularly.

The two companies will both take charge of developing Acacia’s projects.

There is currently just over 40MW of operational wind power capacity installed in Japanese waters, according to Windpower Intelligence.

However, a growing number of developers are targeting the nascent market ahead of offshore wind tenders, which are expected to be opened shortly.

In 2019, the Japan Wind Power Association said that the lengthy process for environmental impact assessment was having an impact on the development of offshore wind.

One of the main obstacles for wind developers in Japan comes from opposition from local fishing communities.

After strikes in Chennai and Hyderabad in the last 30 days, Swiggy’s delivery executives in Noida have gone on strike to protest against low wages

The delivery workers are demanding a minimum payout of INR 35 per order and restoration of monthly incentives, among other demands

Similar demands were also raised by Swiggy’s delivery partners in Hyderabad, who went on an indefinite strike last week 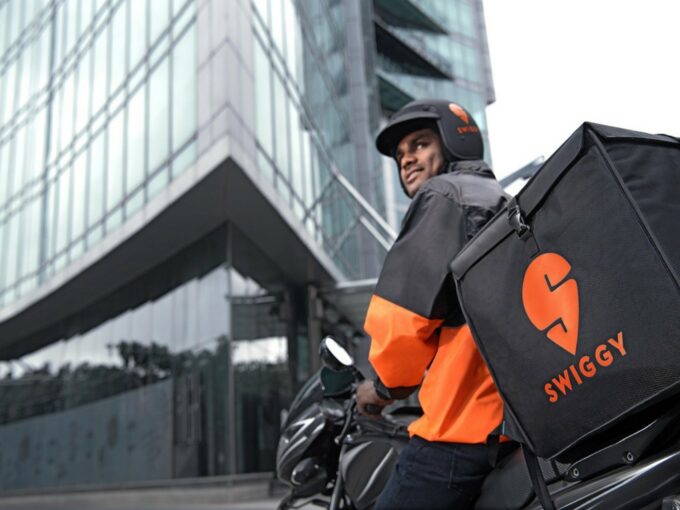 With similar demands as their counterparts in Chennai and Hyderabad, delivery executives with Indian foodtech unicorn Swiggy in Noida, on Thursday (September 17), went on a strike to protest against low wages.

The strike comes just days after Swiggy’s delivery partners went on an indefinite strike in Hyderabad to protest against the low wages and to press their demands.

In Noida, the protesting delivery workers are demanding a minimum payout per order of INR 35, a minimum payout of INR 20 per batched order (when the driver has to make more than one delivery in a single trip), and a payout at the rate of INR 10 per km after the worker has travelled more than 5 km for making a delivery, among other things.

The delivery partners in Noida, affiliated with the All India Gig Workers Union (AIGWU), have also demanded the reinstatement of monthly incentives of up to INR 3,000 for full-time work and INR 2,000 for part-time work.

Further, the delivery partners are also demanding extra wages for deliveries made while it rains, or in nights, as also, compensation for waiting time at restaurants, while the order is being prepared.

The workers of @swiggy_in strike and protest in Noida. pic.twitter.com/JEbPddSvXU

“Swiggy delivery workers are taking extraordinary risks by delivering food and essentials to people during this pandemic. The company cannot reward us by cutting our payouts and incentives. Our demands should be met at the earliest,” reads the letter stating the demands of AIGWU for Swiggy’s delivery workers, addressed to Swiggy’s CEO Sriharsha Majety.

The workers in Hyderabad have alleged that during the lockdown, their minimum payout per order reduced from INR 35 to INR 15, while the company also removed monthly incentives to the tune of INR 5,000.

When asked about the protest of delivery workers in Hyderabad earlier this week, a Swiggy spokesperson told Inc42, “Most delivery partners in Hyderabad make over INR 45 per order, with the highest performing partners making over INR 75 per order. This INR 15 is only one of the many components of the service fee.”

“Naturally, no active delivery partners in Hyderabad have made only INR 15 per order in the last four weeks. It is important to note that the service fee per order is based on multiple factors to adequately compensate our partners including distance travelled, waiting time, customer experience, shift completion and incentives. Regular competitive benchmarking shows that these are at par, if not higher than the industry standards,” Spokesperson added.

In what has been a season of strikes for gig workers, last month, Swiggy’s delivery executives in Chennai had gone on strike to press for their demands. A few days after the strike in Chennai, Swiggy told NDTV that the company had had a positive dialogue with the protesting delivery partners and was back to serving the entire city of Chennai with its fleet of workers.

Meanwhile, the Indian government’s new draft social security code is said to have recognised gig workers, and will mandate gig economy companies to contribute to a social security fund for gig and platform workers, reported Business Standard. Approved by the Union Cabinet last week, the code, which will have several other benefits outlined for gig workers, will come up in the Parliament’s ongoing monsoon session.

Collaboration in the Gig Economy